Behind every successful blog is a band of great followers and readers that support the blogger’s passion through interest and appreciation.  I’ve been truly blessed to have known a few awesome bloggers that really served as an inspiration to a newbie foodie blogger like me.  To top that, I’m so happy at how my blog is progressing as I get a few good feedback every now and then.  Food has been my passion for so long now and I’m very excited to continue on this wonderful journey that I’ve started.  Work has been pretty harsh this past few weeks but I always make it a point to share some good stuff if given the chance.

I have a long long long way to go in this adventure and I’m really excited to hear what other people think about The Foodscrapbook.  It’s very very new and it needs major improvement (major!) as it seems.  With that being said, I’m reaching out on every blogger or reader out there to give feedback and some sort of guidance on how I can lead this adventure to better and greater heights.      Any advice, comment, correction, and tip will be greatly appreciated (keep them coming as my room to grow is pretty big!).  My number one priority is to give back to my readers by sharing this gastronomic journal and what better way to improve than to hear from others about their perspective on The Foodscrapbook and food blogging in general.

These past few weeks/months have been FUN!  I got to know other foodies, stumble upon fantastic blogs, interact with other bloggers, and best of all, learn from them (a lot!).  It goes with saying, Blogging is not rocket science, it’s about being yourself, and putting what you have into it.

I hope to hear from you soon! 🙂 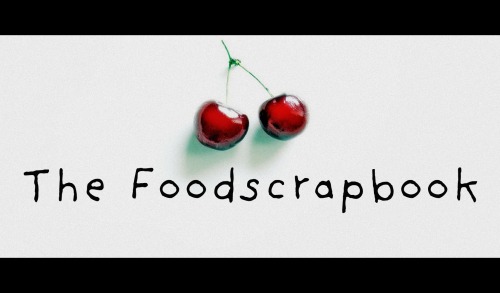 Blast from the Past at 50’s Diner

If you have read my previous blogs here and here, you’re probably aware that I’ve been on a short trip recently.  We went to our now fave chill spot, Baguio and it continues to just amaze us everytime.  I admit, I’ve added a few pounds yet again to my exercise-lacking bod. hahaha  I know, I’ll start to live right, I SWEAR!  To prove that, I’ve just signed up for the free Zumba class here in the office next week.  (wish me luck, really..)

Glenn’s 50’s Diner marked our first stop as we had our brunch that morning.  We arrived in Baguio at around 11 am after 7 hours in the bus and it was too early to check in the hotel so we decided to eat first.  50’s Diner is one of our many favorite restaurants in Baguio so we never fail to visit each time we’re there. 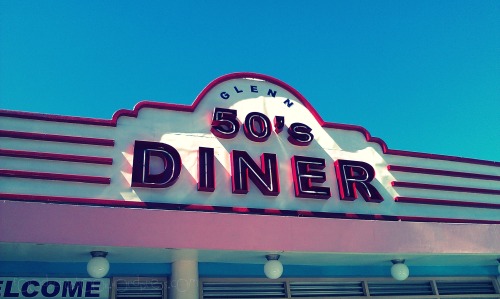 The name itself and the exterior is a major giveaway to what this restaurant is all about.  It has been named as one of the famous snack bars/restaurants in Baguio not just because of the way it looks but also because of the delicious yet affordable food they serve.

Interior-wise, the place looks very much vintage just like how it looks from the outside.  There’s a bar at the side where their famous milkshake or ice cream shake is prepared.  Aside from milkshakes, they also serve fresh fruit shakes and what better way to start the morning with a refreshing Ripe Mango Shake.

As you wait for your food to be served, you may feast your eyes on the wall decorations and the interior design since you won’t see many of them here in Manila or there in Baguio.  Feels like a 50’s flashback you never had! 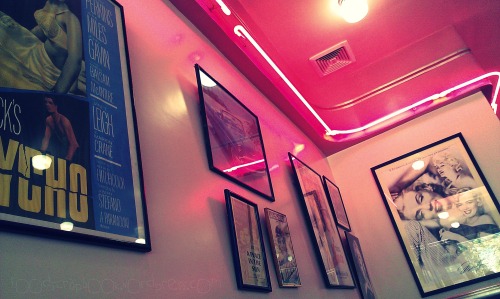 For this one, we ordered light meals that were not too light because of their large portion.  Most of their dishes here, although set for solo, are more likely to be shared by two since they really are big in serving.  Here is where I saw the biggest club sandwich I have ever seen up to date.  Too bad I don’t have a photo because I did not dare order it knowing I will be consumed by it instead of the other way around. hahaha

We had Fish and Chips (cream dory fillet + potato fries)

and Pork Cordon Bleu (which somehow tasted like chicken..) 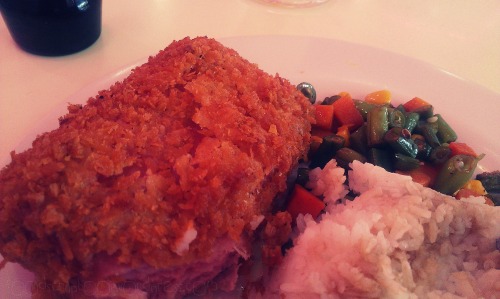 Please excuse the bite, someone was pretty hungry… haha

So far, these two tasted good.  Given that these are affordable, the taste was fairly justified.  I’ve tried some of their dishes before, some were OK,  some were good, but it’s best to just be the judge of it yourself.  All I know is that I keep coming back because it’s quite cheap, simple, and I love their milkshake!  Here’s a glimpse of their menu:

After that fulfilling meal, we were set to conquer the day. haha  We just loved the cold summer breeze in Baguio so much that we decided to stay outside of the diner for a while before going back to the hotel.

This red vintage car never leaves this spot!  Cute right?  This is probably owned by Glenn too, who knows.

If you’re looking for affordable food, or a worthy snack bar in Baguio, be sure to drop by 50’s Diner. 🙂

GLENN 50’s Diner is located in Baguio along General Luna Road (near Teacher’s Camp, Leonard Wood Road).  They have a new branch along the Military Cut-off Road.  Just tell the cab driver to take you there. 🙂

Posted in Food, More Fun in the Philippines, Restaurants